Please take good care of my babies, Khadijeh told me with a smile. I will do my best, I answered. I know you will, I trust you!

I was about to leave Iran and my heart was in a knot. Saying goodbye was proving very difficult, saying goodbye to an artist with the sensibility and artistry like Khadijeh was even more trying. I don’t think I ever met someone that pours as much love and emotions into their art like Khadijeh does.

Thirty years ago she learned the art of Tazhib, the art of Persian illumination and decoration in books.

This art which is said to have already started during the Sassanid Empire (224-651 AD) became more established during the 13th century through the influence of the Mongol invasions. But it  reached its peak during the 15th and 16th centuries under the Seljuk and Timurid dynasties.

The ancient Iranian art of decorating and miniature painting in old manuscripts was then taken by Iranian artists to India and Turkey where is still present today although the techniques have changed.

What is innovative about Khadijeh’s work is that she is only one of very few people who decided to take this ancient art and apply it to pottery. Since 2013 she creates the most beautiful, intricate pieces, each being a labour of love and patience. 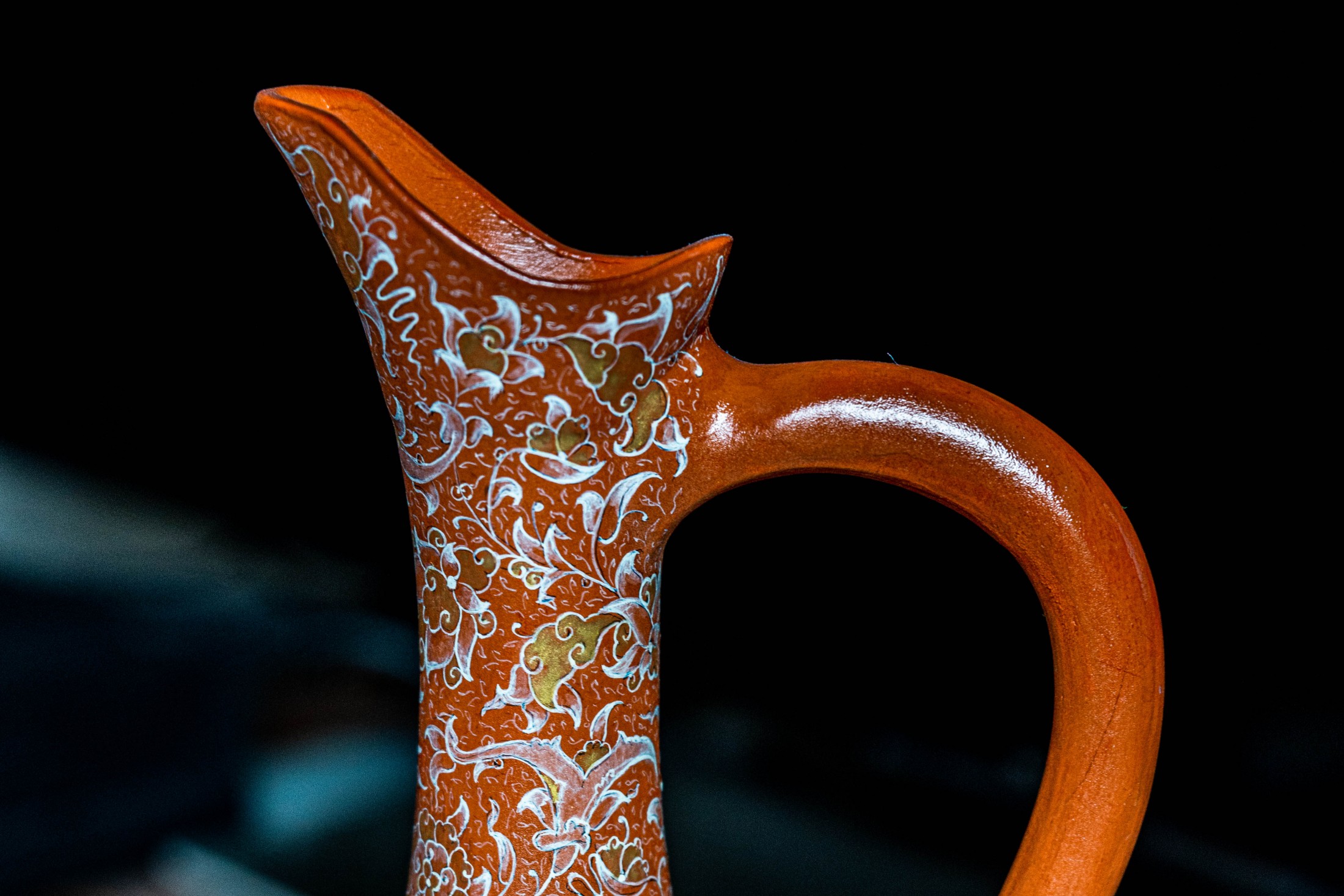 Khadijeh dedicates thousands of hours and days to her art, sometimes even forgetting to eat. Her family jokingly says they know they should not expect her to feed them or even talk when she is working on one of her pieces.

The shape of the pottery dictates how the design will be created around it. It also influences the colours that will be used which she mixes with care. Finally her moods also play a major role.  She is extremely demanding with herself and does not allow any space for mistakes. When one occurs, she starts over. 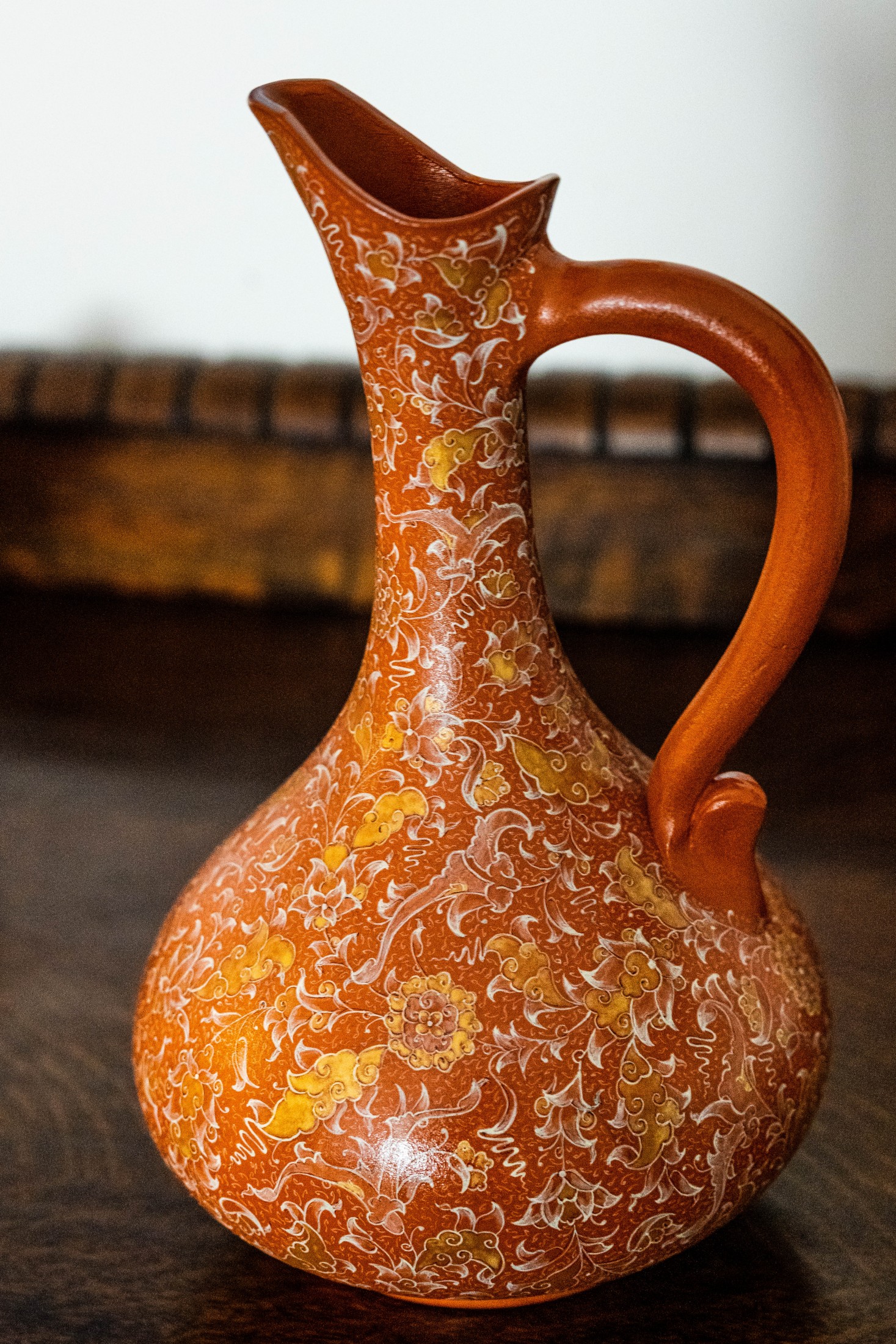 Khadijeh says she gets attached to each piece like it was one of her children and sometimes she finds it difficult to part with them. Some pieces she will never sell as they hold a special place in her heart. She told me that when you spend so much time with a piece, it is often hard to let go.

It is rare to find an artist who pours all her emotions with this intensity into each piece, into every detail. 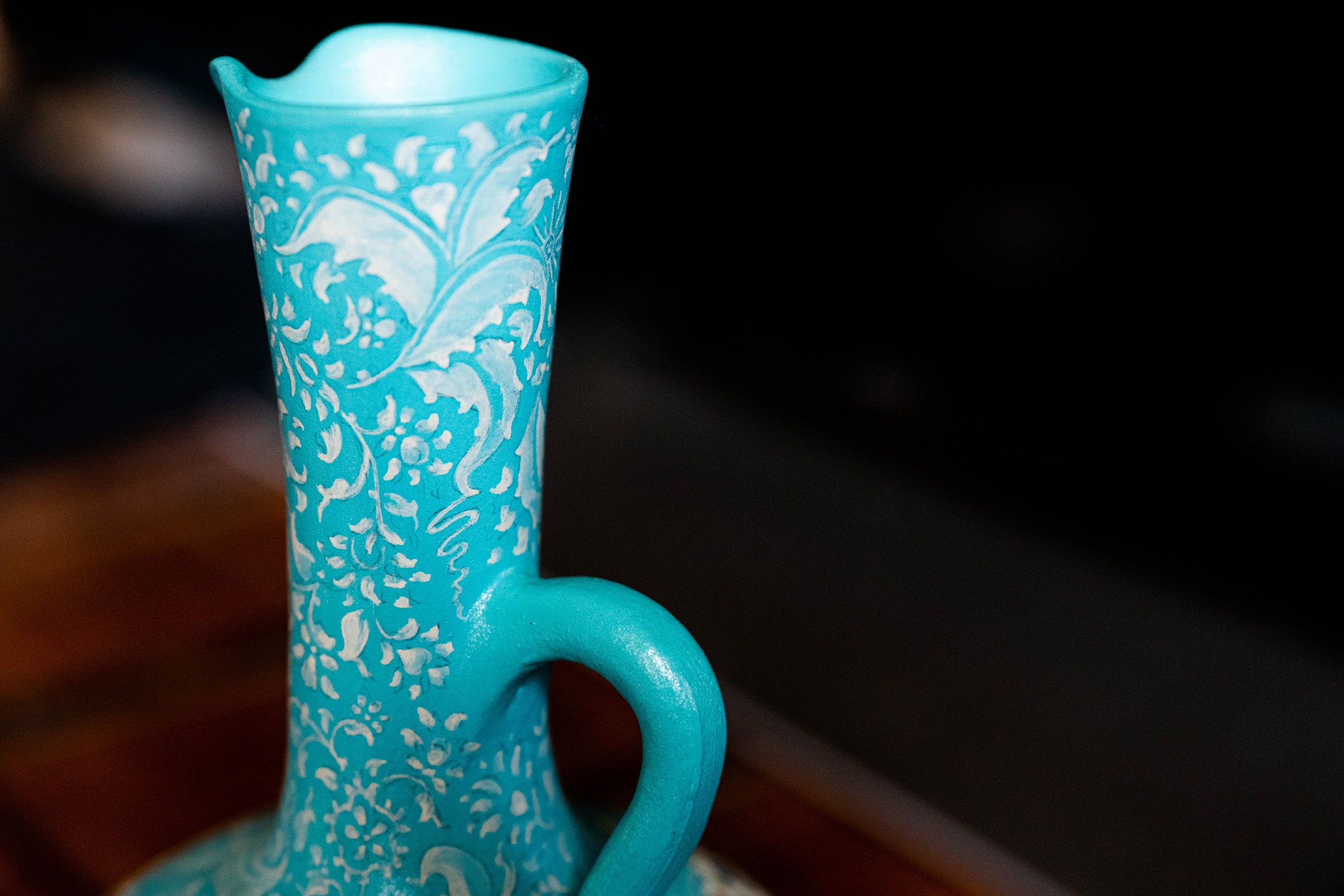 Which made it almost impossible for me to choose. 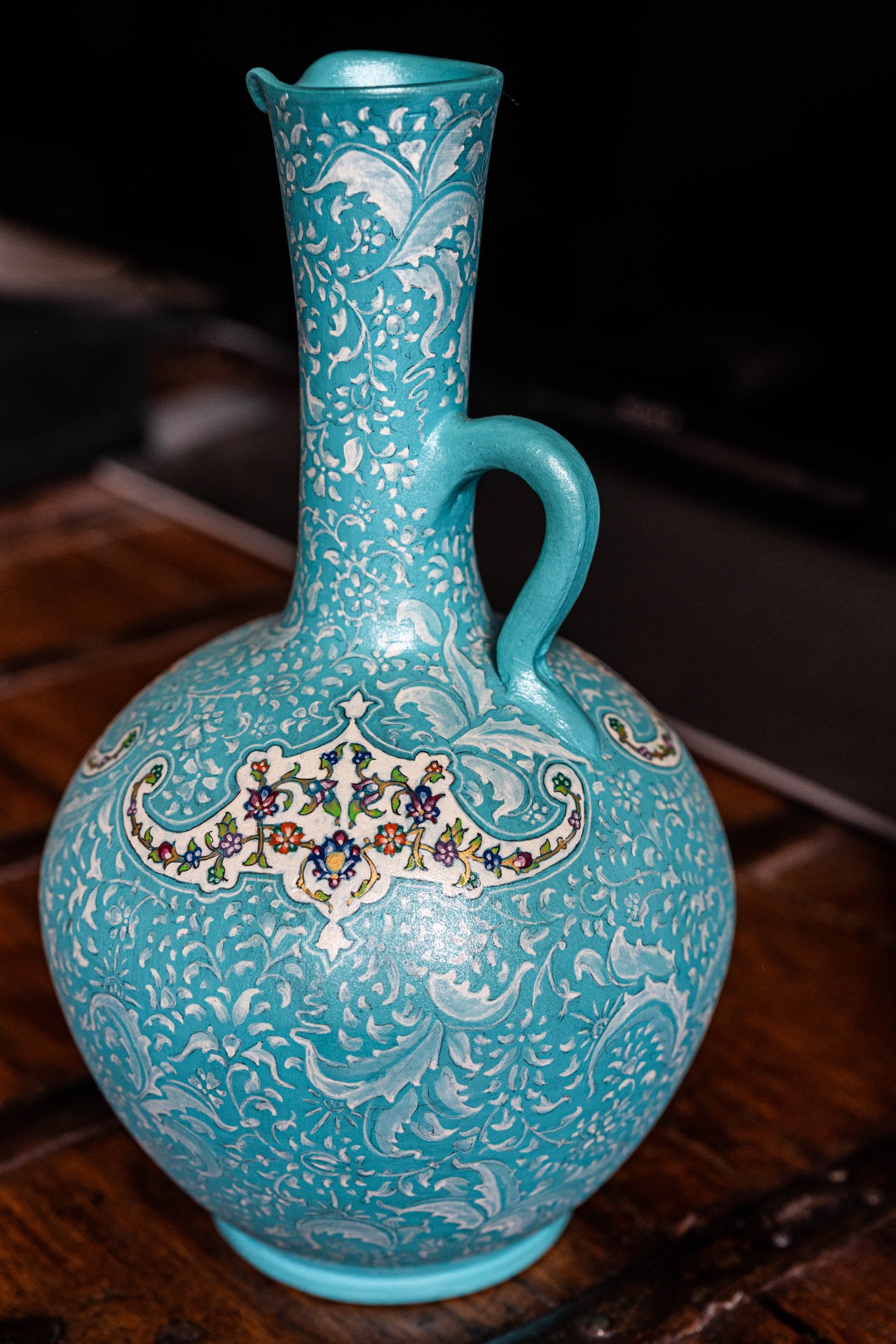 Every time I look at her art it reminds me of those days in Tehran. In particular of Khadijeh’s hospitality, her descriptions of her art, the kindness and illuminating artistry. In these difficult times, I believe art can be soothing to our souls and inspiring. 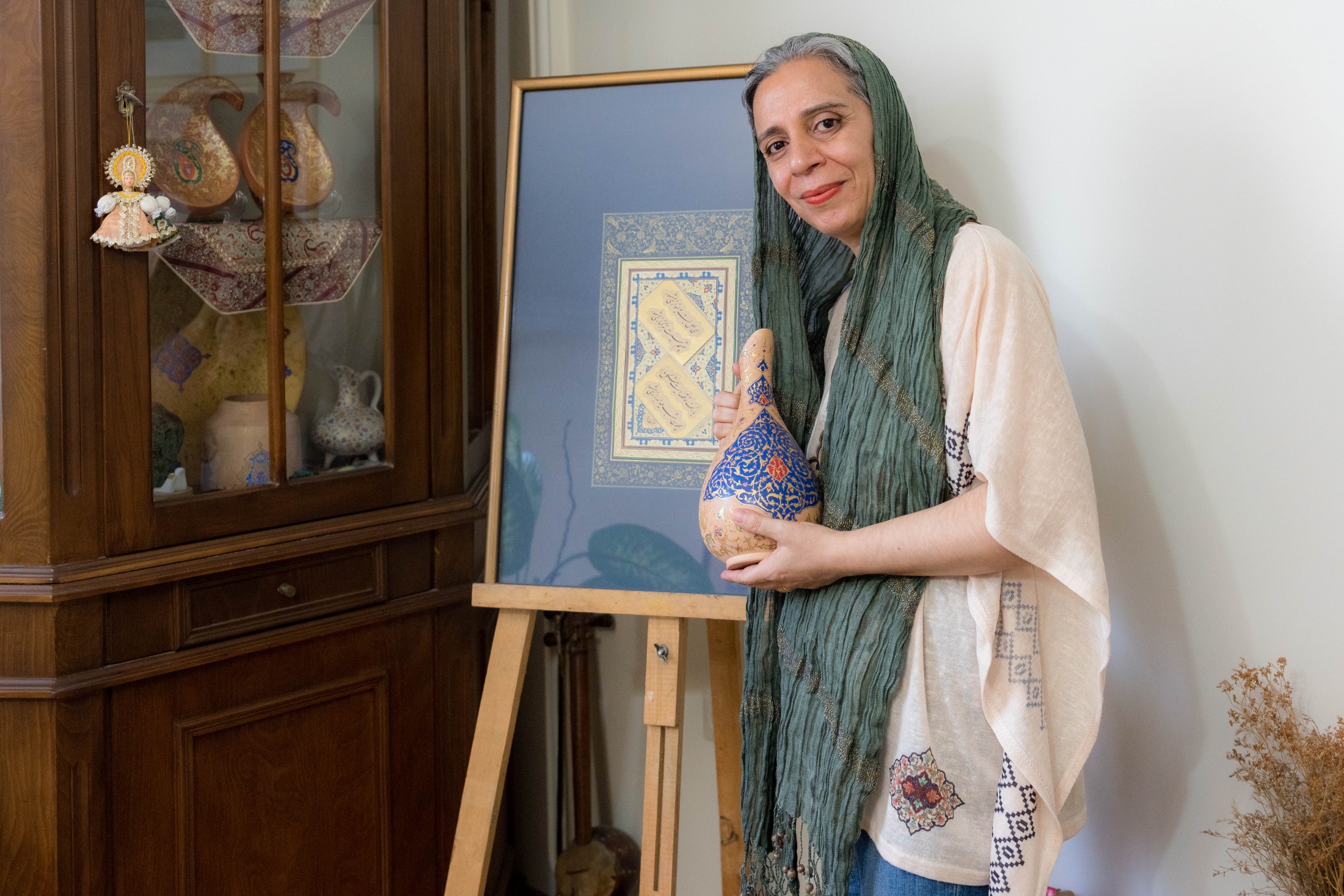 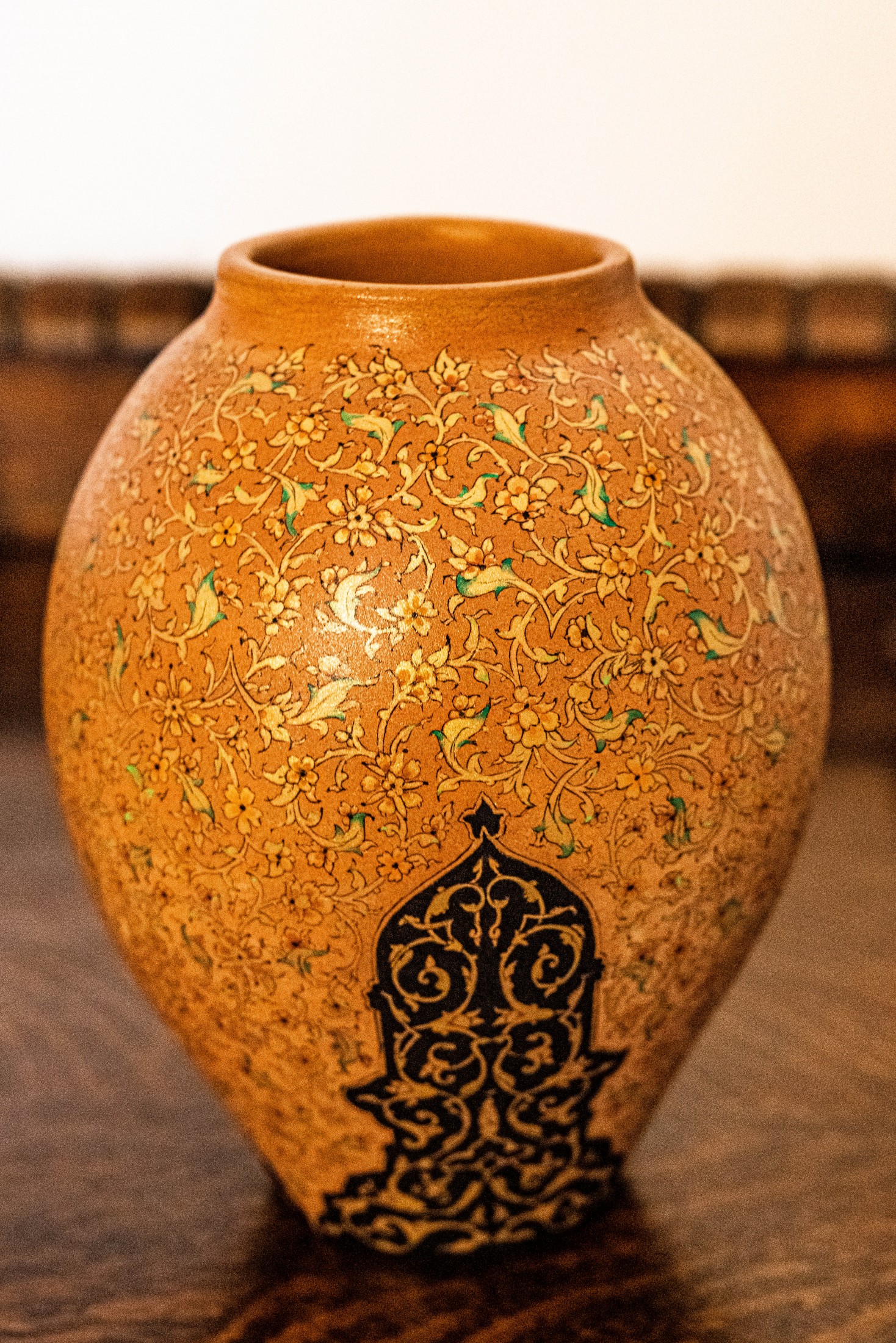 There are so many talented Iranian artists to discover. Unfortunately due to the difficult circumstances, often they don’t get to show their work outside. I hope this post and the others on my Artists series will make you curious to find out more. 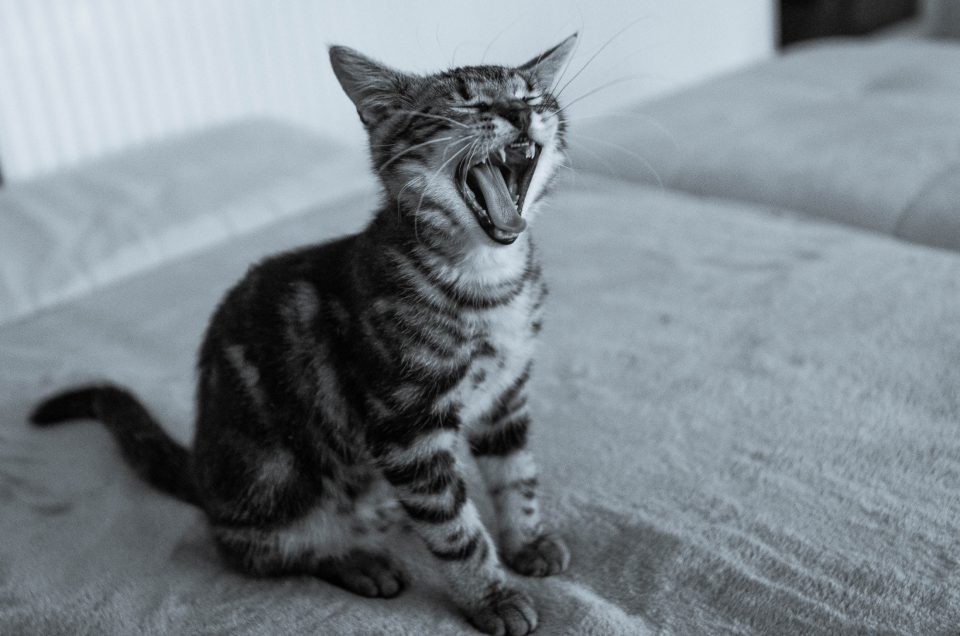 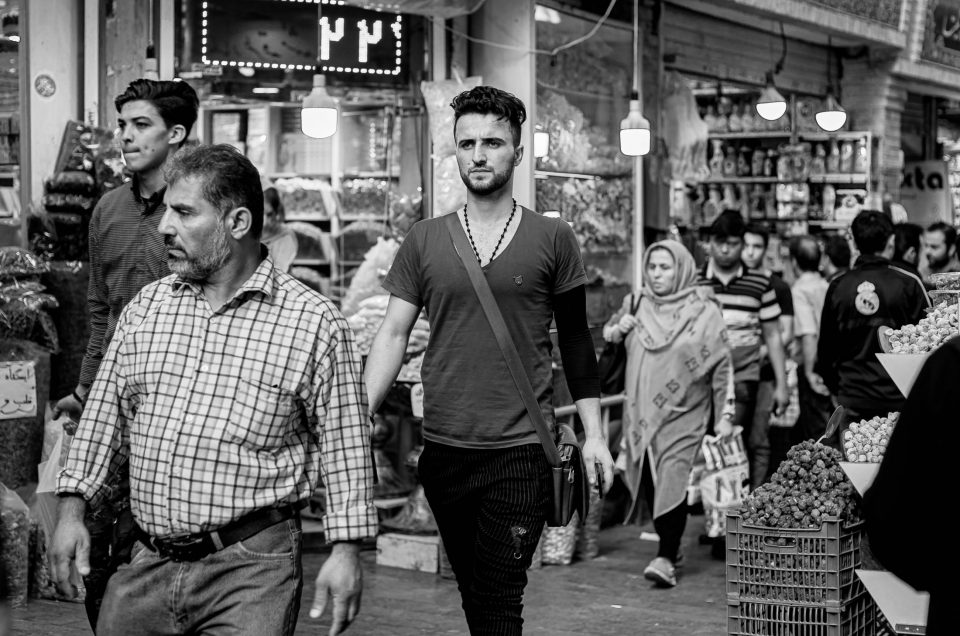 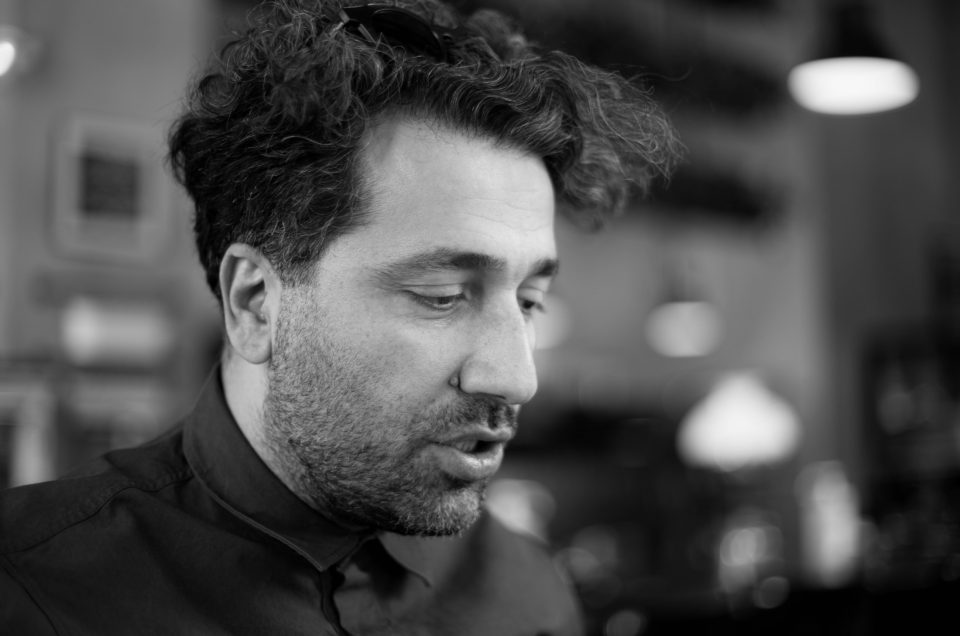 Very beautiful her work. I would have bought some if her art was available internationally. Thank you for sharing

Thank you for your comment. I wish her artwork could be shown internationally too.